WELCOME TO MENTAL HEALTH SPECIALIST DR. LARRY FALLS, ED.D., ACS
Were the first rulers of the world women?​​​​
The development of human society, social instincts and traditions was first recognized in the matriarchal theory of social evolution. The problem is the matriarch suffered condemnation by the supporters of the patriarch theory with no convincing evidence. The Patriarchy theory also deals with the origins of prejudice. It is a system of beliefs and values embedded in political, social and economic systems that structure gender, and inequality. Attributes not pertaining to men are undervalued, while attributes pertaining to men are privilege. Research of all ancient social groups show evidence of beliefs in goddesses, priestesses, and sacred queens.  Psychological research shows that we react and relate to each other because of the way we think. Our cognitive processes involve reasoning, remembering, imagining, problem solving, and making judgements. Various situations we react to do not present themselves as feelings only but also, as ideas. If human conceptual meanings were eliminated from our minds our actions would be no different from animals.
Communication is relative to myth in relationship to history. Myths are traditional stories concerning the early history of a people or explaining some natural or social phenomenon, involving supernatural beings or events. It can be an ideology in politics, stories about the creation of the world, or birth of a nation. In religion it can be the creation of gods and goddesses. The doctrine of the logos or spoken word and the theory of ideas played a key role in human history. Aristotle believed the ear is the seat of the mind. Plato’s doctrine describes the word or logos as the true reality and has an independent existence. Accordingly, all material things are a shadow projected by its eternal paradigm. Words are a means of communicating ideas in all languages. The ancient Egyptians believed every word uttered in certain situations must be followed by some good or adverse effect. Poems and songs were supposed to have powers and poets were considered to have magical powers.
​The ancient Hindus believed that the power of mantrams or certain utterance were able to bind the might of the gods. They believed the universe is under the power of the gods; the gods are under the power of the mantrams, the mantrams under the power of the Brahmans. Therefore, the Brahmans are our gods. (The Brahmans were a priestly caste serving as priests and religious teachers).  The most powerful of the mantrams is the sacred syllable “um.” It is the name of the creator. In the ancient world women were personified as nature and creators of life. The ancient world had no understanding of nature, science, biology and reproduction. They believed women had magic powers because they were able to reproduce themselves like every other living thing in nature whereas the men could not.
Nature, goddesses and gods
The forces of nature gripped the imagination and memory in the minds of early civilization. Lightning, thunder, wind, sun, the moon and the stars, darkness and daylight were all personified as living entities.
The spirit residing in the sun, moon, or sky were a potential source of good or evil, of creation and destruction. The spirits residing inside the sun, moon, planets, and the heavens became deities capable of communicating life and death.
There is compelling evidence that show in most countries the moon was worshipped as a female deity before the sun, and it proceeded the worship of Yahweh by the Israelites. In Jeremiah it is written sacrifices were made to “the Queen of Heaven.” The moon was deified under many names including Asherah, Cybele, Diana, Isis, and Juno.
The Egyptians worshipped the moon as “mother of the world,” contending that she sowed and scattered into the air the prolific principles with which she had been impregnated by the sun. These principles she received from the sun were supposed to emanate from the fountain of life. For this reason, the moon as well as the sun, were attributed to the active as well as the passive powers of creation.
According to Sir George Frazer, 1947, in his book The Golden Bough; “the mock marriage of men and women who masquerade as spirits of vegetation in magical dramas played a great part in popular festivals of Europe.”
The first rulers of the world were women. In time there arose a new myth about creation. Wars, conquest, and innovative ideas emerged. Beliefs and values became embedded in political, social, and economic systems that structure gender and inequality between the sexes. Such ideologies are based on myth. The patriarch theory shows no convincing evidence and deals with the origins of prejudice. 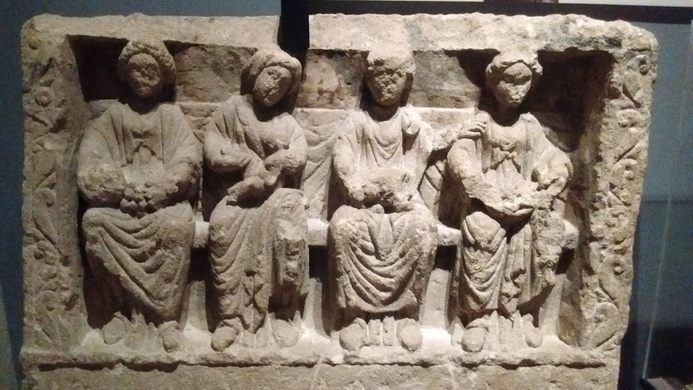